New Interview with Nick van Dyk of Redemption!
Posted on 8/1/2020

Nick van Dyk has been the driving force, chief songwriter, guitarist, and keyboardist for progressive metal band, Redemption, for nearly 20 years now. With seven full-length albums under their belt, the band is regarded as one of the shining stars in the progressive metal community.

If all that wasn't enough to build the consummate resume for lifetime achievement, then also consider that Nick is Co-President of Activision Blizzard Studios, which creates television, film and short-form content based on AB's library of iconic and globally-recognized intellectual properties. He also spent time at The Walt Disney Company where he played a significant role in the acquisitions of Pixar, Marvel and Lucasfilm.

We talked with Nick about Redemption band members, the new release 'Alive in Color', his day job and more! Check it out here: [Full Interview Link] 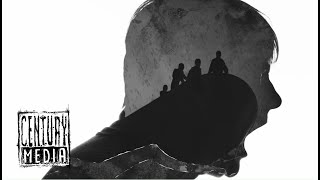 NAPALM DEATH - A Bellyful of Salt and Spleen
FEATURE PROMOS

Henry Kane
Age of the Idiot